Abangapk.win - Some time ago I came across an issue, where this was experienced by some realme smartphone users. Actually it is not a crucial thing, but this is found by many users around the world. The reason is, in several series of Realme smartphones experiencing problems in several operating system updates.

One of them is on the Realme C12 Smartphone series, where users experience this problem after updating the System UI and the latest operating system on the Realme C12. Among the most prominent is not being able to read the external memory embedded in the cellphone. 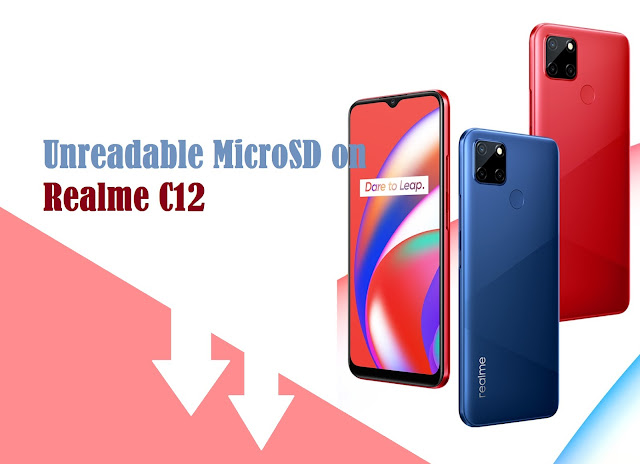 Chronology of Problems Appearing on Realme

Even admins who try to experience using realme C12 are not free from this problem. After updating the system, just after booting everything looks fine. But over time it turns out that the embedded MicroSD (external memory) is not read by the system.

At first it doesn't look significant, but it feels very uncomfortable if this one feature just disappears. As we know, the Realme C12 has a limited storage capacity, which is only the 32/64 GB series and of course this will have a stuffy impact when the file storage is getting bigger. Apart from that, the Realme C12 is a smartphone that has pretty good camera features, which is carrying a pretty epic triple camera. The need for more spacious space for storing photo and video captures has its own significance for its activists.

Trying to find the right solution is of course done, so that these bugs are immediately resolved. One of them is to dive into the forums that have been provided by Realme. Currently, every smartphone vendor seems to have provided a complete package to provide a space for exchanging ideas for fans and consumers. The goal is that later any problems can be resolved quickly. It's a good idea to know the problem with more focus and have to wait long and complicated in looking for it in the field.

After looking at it, it turns out that a lot of people have complained about this problem. However, Realme has not provided the right solution to end it. It's not without reason if this happens, it's because there are many types of smartphones and the need for divided focus and requires more detailed information. For now there are several alternative solutions that can be done quickly, please follow these steps;

Things to pay attention to when updating the system

If after some time you get a System UI and Operating system update on your smartphone, please pay attention to the following;

If you have done it according to what has been explained, then you have got the Unreadable MicroSD Solution on the Realme C12 at this time. But if you still have other problems, you can submit them on the Realme Forum, or you can use the comments below.